Tell us your business news

Donna Kehoe, South West Agent of the Bank of England South West, will be giving Chamber members an update on the current economic situation at the annual Bank of England Update at Taunton Racecourse on Friday, 13 September.

She will summarise the bank’s views on the prospects for the British economy over the next two to three years. There will also be the opportunity for guests to network over a full English breakfast.

Here, Donna outlines some of the challenges facing the UK financial system, but says the system is ready for what lies ahead:

“As I look ahead there are a range of risks that face the financial system in the United Kingdom.  A key role of the Bank of England is to ensure that our financial system is prepared for these risks over the coming months and years. We do this so you don’t have to worry and can focus on what matters to you.

“Brexit is one of those risks. But our latest review of the largest UK banks and insurers shows that they are strong enough to handle the risk of a very bumpy Brexit, and are much stronger than a decade ago after the financial crisis. The reason behind this is that we have made the banks hold a lot more capital – or their ability to withstand losses. This means that the UK financial system is ready for Brexit, whatever form it takes. 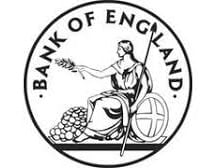 “Another risk comes from outside our shores as global trade tensions increase – as seen in the news of an impending trade war between the US and China. If major economies like these bring in further tariffs or taxes on goods and services bought from other nations, this could lead to slower world growth.

“Again, like Brexit, we are prepared for this and we have tested for far worse increases than expected in these taxes.  In fact, in our test, they are so big it would be enough to push the world economy into recession. But, even if this were to happen at the same time as a disorderly Brexit, our banks could cope and continue to lend to individuals and businesses.

“These are the immediate risks on the horizon. But we also need to look to the future.

“We are also considering the growing issue of how climate change will impact the economy as the UK aims to move to a carbon neutral footing by 2050. We will undertake a major review of our banks in 2021, the first of its kind, to check how they are preparing for such risks as extreme weather incidents happening more frequently, reducing the long-term value of some assets that banks have lent against. The UK is leading the charge here.

“The way we all make payments in the South West is changing.   We are becoming more digital, whether in coffee shops, pubs or online at home. The proportion of transactions using cash in the UK has fallen from 6 in 10 payments to just under 3 in 10 over the last decade and could approach 1 in 10 over the next ten years!

“Withdrawals from cashpoint machines are down 9% on last year. We have looked at the challenges posed more closely recently and will work with other central banks and private sector providers to ensure that such systems are secure and trustworthy, so that the public and companies can continue to use them confidently.

“By addressing such risks to financial stability in the near and longer term, the Bank of England is doing its part to promote the good of the people of the United Kingdom.

“If you would like to find out more about how the Bank of England approaches risks to the financial system, then look at our July 2019 Financial Stability Report.”

Somerset businesses operating below capacity due to cost and recruitment pressures

BCC calls for action as exports remain in limbo

Join Somerset Chamber of Commerce to give your business a stronger voice both locally, regionally and nationally. Combined with local town chambers, we represent over 2,000 businesses across Somerset with a direct line to policy-makers at all levels.